What do Brazilians think of their President’s Impeachment, Dilma Rousseff? 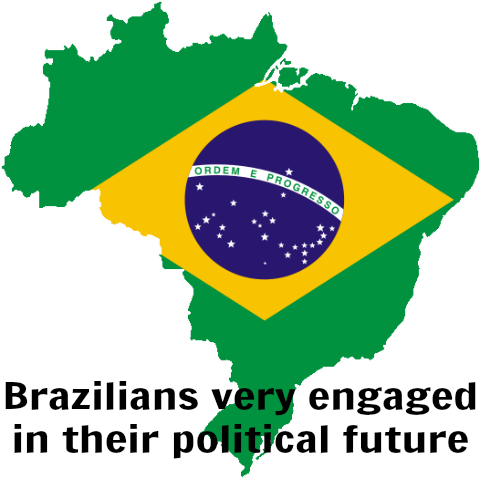 On May 12th Brazil’s Senate voted to suspend President Dilma Rousseff and begin an impeachment trial against her. Although Brazil is facing one of the worst recessions in decades and corruption scandals in which her party and other Governmental parties have been involved, those are not the specific reasons. She is accused of breaking fiscal laws by replacing government funds to fulfill other governmental budgets for public spending. However, it has been argued by political pundits that the current economic situation and corruption environment in Brazil that has mobilized popular protests has helped passed the impeachment trial in the lower House and then in the Senate where her party is not the majority.

So some questions arise in terms of what the Brazilian population thinks:

Do they agree with the impeachment?

Were the protests that occurred in March before the impeachment process had anything to do with the impeachment or was it done only in response to the current situation?

Who protested and why? What do the Brazilians want? How do they respond to the proposed solutions?

These are some of the questions that eCMetrics tried to answer directly from more than 5,000 Brazilians (not from politicians) on Internet from all regions of the country after the initial demonstrations and later on during the impeachment vote proceedings as the events took place*.

2. One of the poorest regions of Brazil: the Northeast which also benefitted from the Government’s social programs.

Upper and upper-middle social-economic class was the social class that proportionally went more to the protest (either against or in favor of the Government but mostly against the Government). So they were the most engaged with the protests.

* Almost 70% of that social class went or would have liked to protest against the government.

* And in terms of emotions, the upper class was the most furious with the current situation (more than 66%)

By contrast, the middle and lower-middle class were less engaged.

* Less than 60% went or would have liked to protest 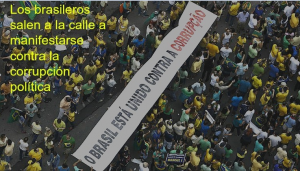 Regardless of social class, the following were the 3 main reasons, in order of importance, why people protested:

1. The corruption of politicians

2. In favor of an impeach or political trial, and

3. Against the current economic situation

Additionally, the upper socio-economic class also protested against Dilma Rousseff’s party: the Workers Party (PT), which is something that we don’t see as prevalent as in other social classes.

The Media and lack of objectivity

The media has been an important element in the broadcast of the events. However, according to our study only 21% of the population believes the media is being objective. Most believe the media is in favor of the

Impeachment, especially for the largest media vehicles such as Globo TV and Veja Magazine. This has brought animosity of protesters who are against the impeachment towards the traditional media vehicles.

Great interest for the Impeachment Vote in the Lower House

Before being approved in the Senate, it all began in Brazil’s Lower House where the vote to continue or not with the impeachment trial was televised nationally on Sunday April 17th 2016 and was watched by 79% of the Internet Population. See article: Why vote to impeach Dilma Rousseff?

Although the majority agreed with those results at some level, we clearly see divisions by social class in specific regions of the country in terms of degrees.

* For example, more than half of the upper and upper middle class agree totally with the results (55%);

* But for the middle and lower-middle class this is LESS than half (48%).

* In the poor Northeast Region of the country, only 38% agreed totally with the results. 62% agreed only partially or didn’t agree.

Impeachment of the President 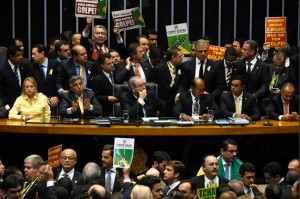 During her impeachment trial, Ms. Rousseff was replaced by a onetime ally, Vice President Michel Temer from a different party affiliation.

Does it mean that Brazilians approve of him?

Re-elections and not Michel Temer

Only 8% of Brazilians believe Vice President Michel Temer will do a good or very good job. And more than 80% believe that corruption will be maintained or worsen.

That is probably why more than 75% of the population, even between those who favor impeachment, believes there should be re-elections.

And more than 65% of those against the impeachment will take some action, like protesting against the new government.

This definitely not the end of this story…

The complete report is also available in video here

* eCMetrics (www.ecmetrics.com ) which has more than 12 years experience conducting online market research in Latin America executed 4 different online survey studies between March 14th and May 2nd, 2016 with 4,989 Brazilian Internet Users from eCGlobalPanel (www.ecglobal.com ), one of the biggest online panels in Latin America used by many reputable Market Research Companies.

Phygital : the best of both worlds