How to Capture And Hold the Attention of Your Audience 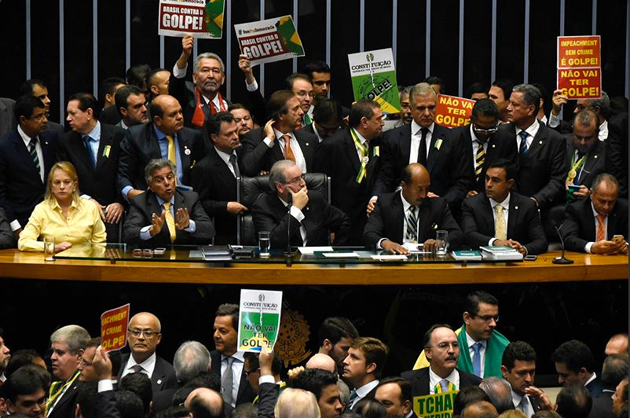 eCMetrics’ most recent study shows that most Brazilians are in favor of the impeachment, but not happy with the possibility of Michel Temer as president.

The impeachment of Dilma Rousseff is already coming to an end. And now, who will rule? What Brazilians think of the possibility for vice president Michel Temer to govern? eCMetrics surveyed 1,001 online users of the A, B and C classes for comments and views about it, what it is relevant to them, and capture the opinions of the various segments.

The Brazilian opinion at the idea of ​​a new president

Respondents are not optimistic with the possibility that Michel Temer rule, less than 15% believe he will make a good government. Most believe that corruption will increase or remain the same with Temer. Just part of the class AB1 in favor of the impeachment of Rousseff, thinks there will be a decrease in corruption with Temer ruling. It is good to remember that corruption was the main factor of the demonstrations according with the first survey made by eCMetrics.

Accordingly, it is not surprising that when asked what should happen in the country, the idea for a new presidential election is favored, because you feel will be the people who choose their president. It is noteworthy that among the options presented, only 1% mentioned Michel Temer. The most cited were Joaquim Barbosa (21%) and Sergio Moro (19%). Former Senator Marina Silva was third (11%), followed by Aécio Neves (8%). Former President Lula and deputy Bolsonaro are next on the list, tied with 7%. Followed by Dilma (3%) and finally, Michel Temer (1%).

The impact on government decisions

The wishes of organizing and participating in mass demonstrations have been declining, and was noted when comparing the first manifestations with the ones the day of the vote, which received a lower adhesion although these were in favor of the impeachment.

Regardless of whether or not participating in protests in the future, we see more interest from people to national politics. Over 70% of respondents reported having watched the voting process. Most of respondents are in favor of the result. Only in the Northeast, the incidence of those who are for and against were almost equal.

The results of a study in real time as this one could help whoever will rule over Brazil to plan strategies to gain the confidence of the people, and prevent social storm. Would meet the interests and concerns of its audience, the impact campaigns generate, as well as knowing what would result in a transformation.

Info Room Work with Cases To get Financial Services