Usage And Perception On Uber by Brazilian Consumers

Marketing 3.0 What You Need To Know 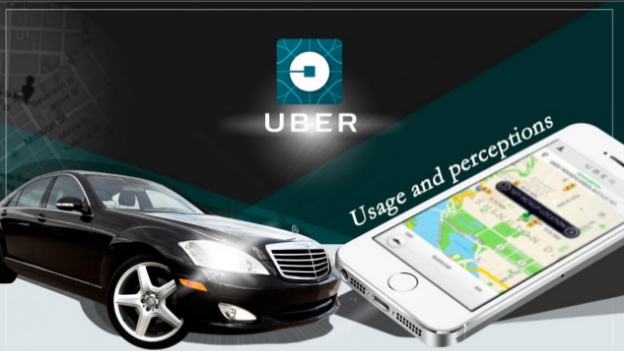 66% of Brazilian Internet users have already used UBER, points out study from eCMetrics and eCGlobal

Even facing problems with some regulations, Uber entered the alternative Brazilian transportation market. To understand the consumption and perceptions of Brazilians in relation to UBER and its app, eCMetrics – online market research firm-, in partnership with eCGlobal – communities and online panels-, conducted a quantitative research study through an online questionnaire. The survey was answered by 1,000 Brazilian users of eCGlobal’s mobile panel of consumers, OpinionsApp, men and women over 18 years.

In a previous study, we evaluated the perception of Brazilians in relation to the controversy generated about Uber vs. Taxi. In that survey, Uber already demonstrated its potential in the Brazilian market. In the current study, we perceive a maturity in services and its strong growth potential.

More than half ( 64%) of Internet users in Brazil with mobile devices use transport services apps and nearly 7 in 10 respondents ( 66%) have ridden in UBER. Among those who never used UBER, the most frequently mentioned reasons were that they have not yet downloaded the app ( 32%); prefer the taxi services (26%) ; uses their own car for transportation ( 25%) and do not have a credit card ( 16%).

The main motivation to start using UBER was to get to know the service. This is followed by getting a more affordable price than what is charge by taxis and since they have received a coupon for a free ride. Note that more than half ( 67%) of survey respondents have already sent invitations for Uber services to friends. And 60 % has won free rides for sending invitations.

Ivan Casas, CEO of eCMetrics, considers Uber a special case in the Brazilian private transport services market: “It seems that the biggest advantage for consumers in using Uber is the fare. It is much lower compared to traditional taxis which could affect the market by giving access of taxi services to a new segment of the population who do not typically use taxis. In this case, we would be experiencing what is commonly called a disruptive market phenomenon.”

For those who have used the alternative private transport service, the experience was very positive. Over half of the participants said the app is simple to use and 95% said they liked UBER or they liked it a lot..

94% of those who used UBER, considered that the app has also a safety advantage which is providing information of the driver such as the name, photo, license plate and car model among others.

Of those who do not use the app, 42% plan to install it in the next 3 months. However, 46% are not sure whether they will do it and 12% say they have no interest in the app.

“The numbers show that the amount of people not using the app is still very large. And just considering the number of respondents who plan to install the service or might install it is evidence that the market still has great potential. It is significant”, said Adriana Rocha, CEO of eCGlobal.

The main reason in starting using UBER was to try it. It probably helped the high level of brand awareness that already exists in the market. 58% rated the UBER service as excellent and the same percentage expressed that they liked the experience very much.

Survey conducted from June 13 to June 18, 2016 by eCMetrics in partnership with eCGlobal through a structured questionnaire with 1000 members of eCGlobal Mobile Panel, OpinionsApp, with men and women from all over Brazil, over 18 years of age.